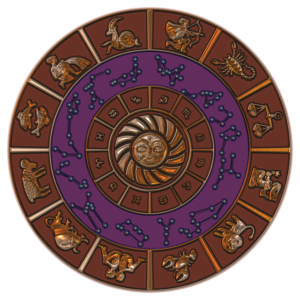 The practice of astrology has been around for thousands of years and continues to be popular everyday. At the moment there is a lot of trending activity in the relationship space about astrology as more and more people seem to be turning to this mystical form of divination in order to decipher their current relationship or to gain insight into a new relationship that is potentially blossoming.

When someone uses astrology for relationship purposes, it is known as Synastry. Synastry has been practiced for thousands of years and continues to be popular in modern day life.

Everyone’s had the experience of feeling attraction for someone who they don’t necessarily consider “their type”. This leaves many of us to wonder if there are then other forces at work or perhaps even pre-determined destiny.

For a lot of people, this is just utter nonsense. However, there are a great many people believing that astrology does, in fact, have an influence on love and romance. Cosmopolitan has a great article on this here. We really enjoyed reading this article and was the initial spark for us writing this post. I hope you enjoy it, too!

Many other websites are also talking about specific things that attract different people depending on their zodiac sign, which proves that this is, indeed, a very popular subject.

For example, Scorpio’s are said to be more attracted to people who are honest, trustworthy, passionate and have a great sense of style, according to the Scorpio Men website. Their article on attracting a Scorpio gives details on what to do and not to do to get him under your spell.

Interestingly, it turns out that most of the info out there on these subjects are written for women, so it seems that women are generally more into the whole horoscope thing than men. Although there are also articles out there to help the guys.

All this noise on the subject kinda gives us the feeling that we’re onto something here so we thought we’d throw out two cents in for our readers.

Are People Really Attracted To Other Dependent On Star Sign Characteristics?

Being a Libra myself, I am often sceptical of such things. However, interestingly Libran’s are said to be most attracted to people who are Capricorn, which is the star sign of my partner. On thinking back to my past relationships, I realised that another three ex-partners were also Capricorn, which is quite considerable since I have only had eight romantic partners in my life. That’s fifty percent! Hmm, this got me wondering…

Conversely, I was a bit disappointed to find that Capricorn’s are not supposed to be instinctively attracted to Libran’s, according to all the hype out there. But rather, they are said to have the most attraction towards Sagittarius people. Hmm, my sister’s Sagittarius, I hope my boyfriend doesn’t find her more attractive than me!

Taking to one of my favorite websites on the net, YouTube, I found that there are also an abundance of videos on the topic including this one, which explains why we’re attracted to some people according to their signs and not others. Amazingly, this video only has around fifteen-hundred views at present, but thirty-four of those people liked the video with a thumbs up against only one solitary person who gave it the thumbs down. So this can either indicate that the majority of people watching these videos to in fact agree that astrology is a credible predictor for romance or the majority of people watching these videos are just pro astrology.

This is a great, new updated video about this topic. I hope you enjoy it.

From all this research I then decided to ask the opinions of my friends. I was actually surprised to find that across the ones I asked (seventeen in total), around 740% of them believed that star signs can influence who you’re attracted to. I was then compelled to do a Google search to find out how many Americans on average believe in astrology. While the statistic isn’t quite as high as my crude little survey, it still showed that around 29% of people living in America believe in astrology, which the majority of those being women. This was covered in an article that I found on Mashable.com. You can see the article here.

To be fair, thirteen of the friends I asked are women, so given the previous findings, I guess it’s not surprising that the percentage is actually quite high. It would be interesting to do another survey asking an equal number of men and women and then a third survey of say ten people from each star sign. Perhaps this will be a topic for a future blog post! 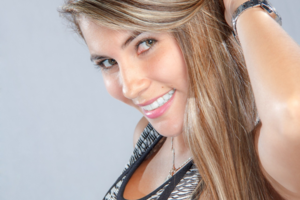 There has been a great deal of research that is done every year regarding what people will find attractive in the opposite sex. If you are a woman, it is going to be a good idea to dive a bit deeper into some of the top qualities that men will find attractive. Believe it or not, there is a lot more going on in a man’s mind than just looks.

Yes, of course, primarily most men will be attracted to the physical appearance of a woman. However, there is so much more that makes a woman attractive to a guy, and there are various traits that guys are subconsciously drawn to that creates the feeling of attraction in them.

The good news is that many of these traits and qualities have little to do with your physical appearance. That means that over time you can start to incorporate these traits into who you are as a person and begin to manifest a more attractive presence to guys.

These are some of the different qualities that a guy is longing for in a long-term relationship and a partner.

While this may seem like a basic characteristic to some, it can be one of the most important in the eyes of men. The wonderful thing about kindness is that it does not cost a single thing. Even small acts of kindness like letting the other party order first out to dinner, showing consideration to others, showing up on time, and meeting for a quick visit and bringing a snack to share can go a long way.

Guys like this in a woman because it shows them that potentially you may be a good mother to their kids if the two of you were actually to have any together. 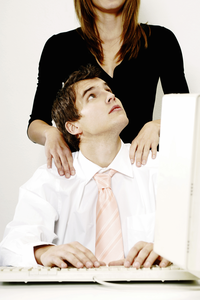 Take being cool and throw it right out the window. Simply showing interest and being assertive by making the first move can be very attractive. If you are new to being assertive, try positive body language. This can include keeping eye contact, leaning in toward him during conversation or even buying his next round.

Although this can me attractive to many guys, it is important not to over-do it. Being subtly assertive from time to time can make a guy start to wonder if you will also be more frisky between the sheets! No guy likes a woman just to lay there in bed while he get’s his groove on. Guys like to be with a woman who will be active, adventurous and passionate in bed. Showing that you have a bit of assertion about you may make them think that you could be more willing to also take the lead occasionally when the lights go out, which is a good thing!

Click here to read more about being sexually assertive with men.

Nobody wants to have a dark cloud looming over them, and attractiveness is much more than skin deep. Men are generally attracted to a woman who is cheerful, positive and pleasant to be around and interact with. While nobody can have a happy face on every day of the week, if you focus on being positive, friendly and are open to meeting different, new people, it will be a win all around.

You wouldn’t like to be lied to, so you need to remember that the street goes both ways. When it comes to attraction, men are always going to be attracted to a woman who can be honest as they can picture a faithful bond in a relationship.

Everyone is different, so when you are looking at different men and what they find attractive in women, there can be variances. However, a lot of the core facets that attract men will remain the same. Overall, be true to yourself and you will be able to attract the right man to be in your life for the long term.

Here are five more simple ways that you can improve your attractiveness to guys.